You want to make home improvements, but you don’t know where to start. You want and need something that’s easy, but effective. Most of all, you want to see immediate results in your bank account. That’s a tall order, but not impossible. You just have to look at the biggest money-wasters in your home, and change them.

Go With The Low Flow

Water bills have gotten really high in the past few years, depending on where you live. Low flow showerheads, kitchen faucets, and pretty much everything else will help you save money on that bill. They’re inexpensive to install, and they can reduce water consumption by about 50 percent. In dollars and cents, that’s up to $145 a year, according to Energy Star.

Every house has insulation, but not all homes are insulated equally. If you’ve been living in your home for 10 years or more, and you have blown insulation, it’s probably time to invest in more or get fiberglass insulation. It will keep your house warm in the winter, and cool in the summer. It also cuts down on the heating and cooling costs by about 20 percent, according to Green Energy Solutions – a company that specializes in retrofitting buildings with energy-saving appliances and alternatives.

Switch To CFL or LED Lightbulbs

The government has made it impossible to manufacture a 100w incandescent bulb. So, many people are switching to CFL or “compact fluorescent lights.” They’re a bit more expensive than the old incandescent, but only on the front end. They’re supposed to last much longer and cut your energy costs immediately.

But, in recent years, growing concern over these CFL bulbs has risen due to the known toxicity of the mercury in the bulbs. You cannot place CFLs outside, in cold or wet areas, and frequent on/off cycles reduce the bulb’s integrity and longevity. If a bulb does break, most manufacturers have special instructions for proper disposal, as the mercury vapor in them is quite toxic. As a result, these bulbs are typically not rated for use in uncovered fixtures because they shatter easily. But, they’re also not rated for recessed lighting, like canned lighting, because they can overheat and fail prematurely.

A safer alternative is an LED light, but these lights are still quite expensive compared to the CFLs. LEDs do contain some toxic substances, but they are much more impact resistant than CFLs (practically indestructible in some cases), and they emit very little heat and use very little power – much less than even a CFL bulb.

It seems odd, but cleaning your dishwasher and keeping in good working order can really save you a bundle in both electricity and water. Warranty companies like ChoiceHomeWarranty.com often service and repair units where the homeowner hasn’t maintained the appliance, but this usually comes at a cost of $50 per service call – something you can keep in your pocket if you just spend some time maintaining it yourself.

Get a Programmable Thermostat

It might not be the trendiest topic on Twitter, but a programmable thermostat is one of the best ways to save money on your heating bills. Yeah, it’s boring, but it’s also effective. 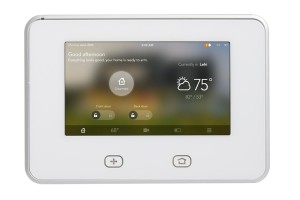 Programmable ‘stats allow you to set temperatures for day and night. That way, you can “set and forget.” The benefit is that you won’t forget to turn down the heat at night and, at the same time, you don’t have to walk into a cold house when you get home from work. You can have it start heating things up 30 minutes prior to your arrival.

Contributor Profile: Written in behalf of AUcom.com.au – Australia’s largest provider of CCTV and other security cameras for businesses and for household use.